Who was Kaj Munk? 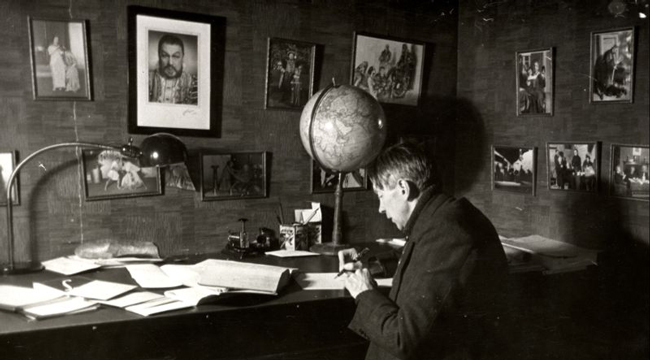 Kaj Harald Leininger Petersen was born in the town of Maribo on the island of Lolland in the southern part of Denmark on January 13th, 1898. He was an only child, and before he was six, he had lost both parents and came to live with his foster parents, whose last name, Munk, he took when he was formally adopted. He was educated at Maribo Modern School and Nykøbing Cathedral School. Later, he studied Theology at the University of Copenhagen.

In 1924, Kaj Munk became pastor in the Danish Lutheran Church in the small parish of Vedersø in the western part of Jutland and was a very productive writer in the following years. In the 1930s and 40s, Kaj Munk became Denmark′s leading playwright. In 1938-39, there was quite a Munk boom; at one time Munk′s plays were staged at nine principal cities in Denmark and Sweden.

Kaj Munk was deeply engaged in the debates of his time on political matters, writing newspaper articles that were read and noticed throughout Denmark. In the early 1930s, he was fascinated by both Mussolini and Hitler, whom he admired because of their energy and ability to act. One of the main reasons for Munk′s later turn against Hitler was the Nazi regime′s prosecution of the Jews. During the German occupation of Denmark, Munk′s books were confiscated, and Munk travelled to many places, giving speeches and reading his patriotic play Niels Ebbesen to call the Danes to resistance. Thus Munk became a symbol of the resistance movement. The Nazis assassinated Kaj Munk in January 1944.

Munk′s contribution was essential for Denmark to be recognized as an allied partner after WWII. After the war, Kaj Munk became the symbol of everything that the common Dane wished he had been during the war. However, due to the changes in the cultural debate, he became “persona non grata” in the late 1950s. He was said to be a Nazi, and he and his oeuvre were ignored in the Danish society during several decades. It was not until the 1990s that people took a new interest in him and his work. Since then, his plays have been staged by the Royal Danish Theatre and several other Danish theatres.